If there’s one city where you need comfortable walking shoes, it’s Washington DC. The bulk of our two days there were spent on foot, checking out the city streets and all the history the place offers.

On our second day, we further aquainted oursleves with the American way of life. From a famous Fro-Yo fozen yoghurt, to a browse through department store Macy’s to a hotdog from a street vendor, we were becoming more American by the second.

The stifling 38-degree weather made it almost unbearable to be on the streets too long so we spent the afternoon in the National Museum of American History (Constitution Avenue), where I filled in the gaps of my basic American knowledge. 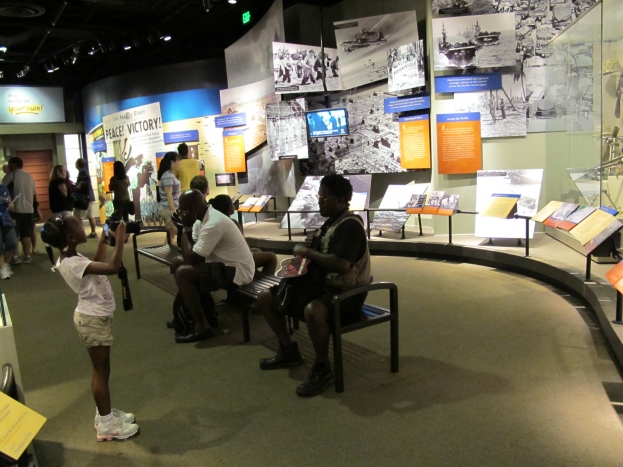 As much as I’m tempted to write a massive spiel about the history I learnt, I don’t want to bore you, so here’s the gist:

In the late 1700s, Americans fight for independence against England. They finally win, wrote the Constituion and made George Washington the first President. In 1812, the Americans declared war with the UK and invaded Canada. The British burnt down much of Washington, including the White House. Eventually the United States gave up.

In the mid-1800s, the north and south states become embroiled in a civil war over slavery and economics. The Confederates in the south wanted to keep slavery, the Union in the north wanted it abolished. The Unionists won in 1965 and slavery was abolished.

From World War II to Vietnam to the Civil and Women’s Rights movements, there’s so much more to learn in Washington. If you’re a history nerd like me – you don’t want to miss it. Although be warned – their take on history is very pro-American.