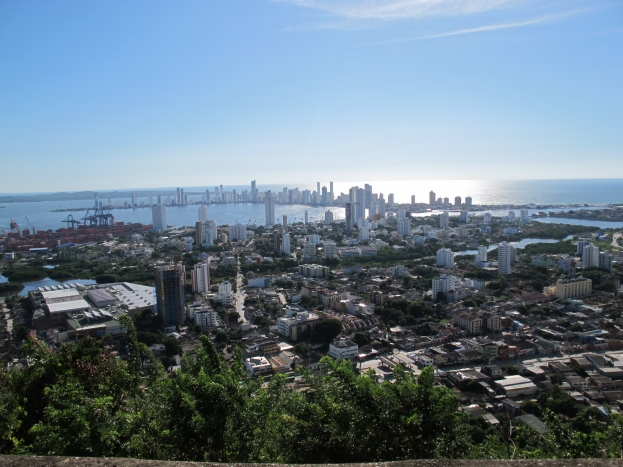 Perched on the Caribbean Sea, Cartagena is the first stop for Colombian holiday-makers who want to soak up some sun and a bit of history.

The city was founded in 1533 and was the main South American port for the Spaniards. They stored treasures pillaged from the indigenous people in Cartagena to ship to their homeland. But when the pirates caught wind of the goods, they repeatedly stormed the city to steal the loot. As a result, the Spanish built a solid wall to surround the town to protect their valuables. 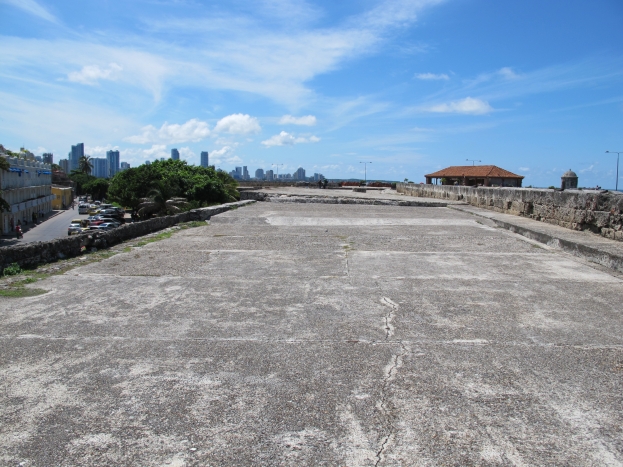 There’s no better city for simply wandering around. Rainbow flowers cascade down the white buildings, while the sound of clip-clopping horse and carts carrying eager tourists echoes through the streets. 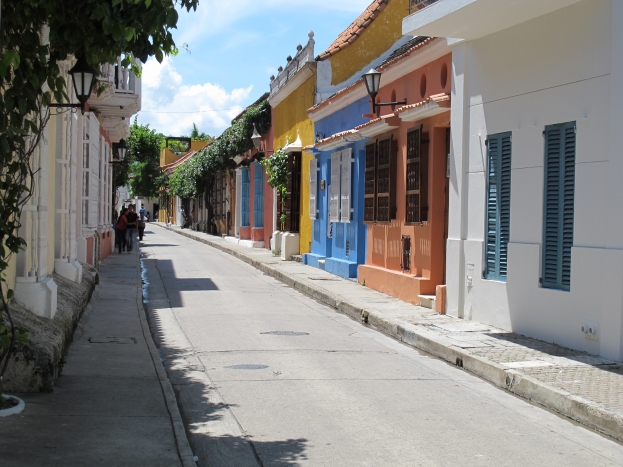 It’s best to start sightseeing early, as the Cartagena sun is well and truly beaming by 10am. The humidity is intense and you have no choice but to dart from shady spot to shady spot – two minutes in the direct sun will roast you. But by 4.30pm the mercury starts to drop, creating the perfect temperature for a well-deserved cold beverage.

We didn’t catch the name of the bar we frequented, but it’s impossible to miss. Just inside the wall, near the clock tower, you’ll find plenty of yellow director’s chairs and busy waiters scurrying around. For about AU$1.50, you’ll score yourself an ice-cold Colombian beer and can sit back to people-watch and be entertained by buskers in the main square. 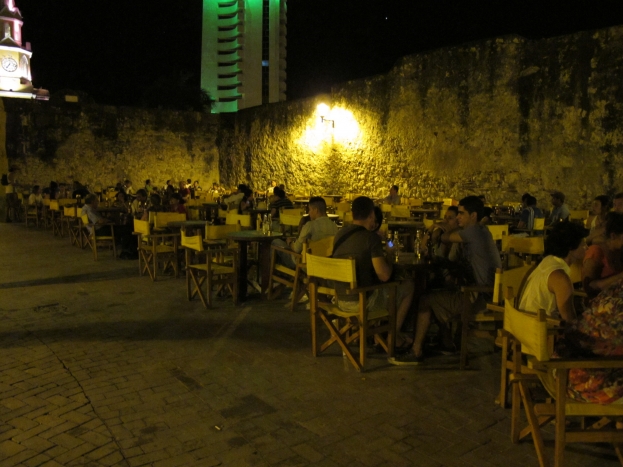 A walk to the Bocagrande area provides another afternoon’s entertainment. While it’s not one of Colombia’s most beautiful, the beach here is still ideal for a dip. 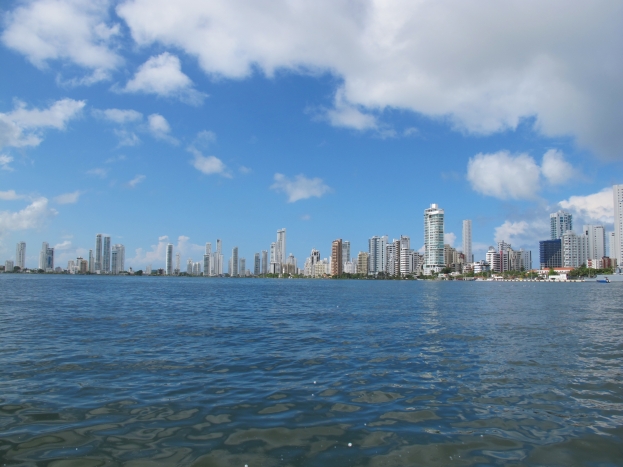 For turquoise water and perfect white sand, you must take a boat to Playa Blanca (White Beach). It’s only about 45 minutes from Cartagena and is everything you expect a Caribbean beach to be – complete with thatched roof restaurants offering fresh seafood and hammocks to sleep in.

The other bonus is massages for AU$7 by some delightfully strong-handed women, plus pina coladas served in fresh coconuts. 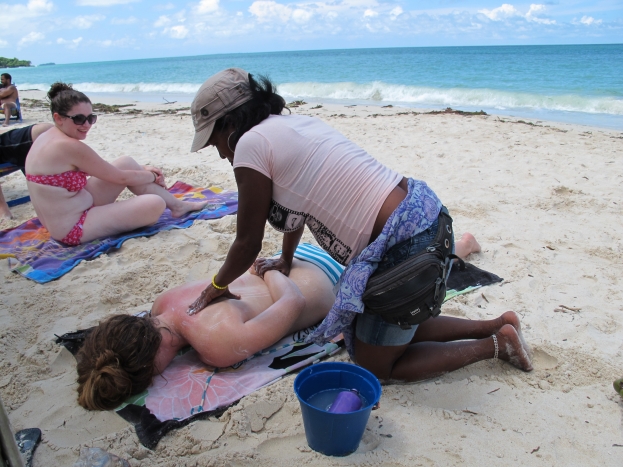 We opted for a day trip but were disapointed when our boat captain announced it was time to leave at 2.30pm – if we had more time, we would have slept a night or two in a hammock.