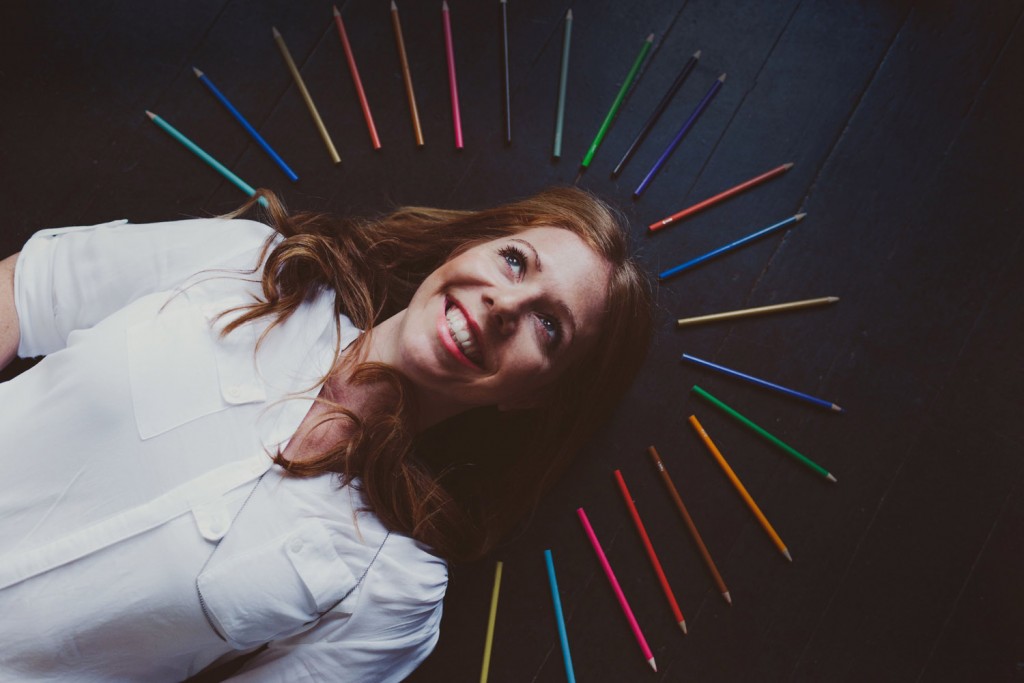 Oh I am feeling inspired. And that excites me.

I’ve just returned to the desk after a couple of computer-free weeks with the soothing words of Elizabeth Gilbert and her incredible creative bible, Big Magic, Creative Living Beyond Fear to keep me company.

Curled on the couch with a peppermint tea, I devoured the book each night by lamplight, and have kicked off the year excited and intrigued about the creative surprises the universe has in mind for me this year.

I have to admit, Eat Pray Love, the book that made Elizabeth a household name, is not one of my favourites. But when two of my writer friends told me that Big Magic held the ticket to unleashing creativity, I picked up a copy and I’m here to tell you it’s a game changer.

While I applied her musings to my creative writing endeavours, Elizabeth is quick to point out that a truly creative life is simply one that involves curiosity and questioning of the world around us. It doesn’t matter whether you’re a sculptor, a street artist or a call centre worker – ultimately creative living is about moving to the beat of your own drum. “While the paths and outcomes of creative living will vary wildly from person to person, I can guarantee you this: A creative life is an amplified life,” Elizabeth writes. “It’s a biggger life, a happier life, an expanded life , and a hell of a lot more interesting life.”

If you want to join me in living a more creative life in 2016 here are five of my favourite nuggets from Big Magic. (But don’t trust my musings alone – get yourself a copy of the book for the full experience.)

Catch the ideas when they spark

For me, it’s story ideas. For you it might be watercolour artworks or electronic beats. Whatever your chosen form of creative expression, ideas come and go and it’s up to you to catch them when they spark and turn them into something. Elizabeth has a fascinating take on ideas – she believes they’re a force within the universe that float around the earth, entering and exiting people’s brains until they find the right brain for the job. It explains why I’m always reading things and hitting my forehead with my hand saying, ‘That was my idea!’ because someone else has beat me to it. The challenge is to catch the ideas as they fly past.

Persist and be positive

Degrees in creative writing or fine arts are all well and good but Elizabeth insists that it’s persistence and positivity that ultimately gets the job done. She calls for creatives to resist the urge to rely on qualifications to justify the pursuit of their passion and instead get started. Today.

Pay your bills, then create

While it’s nice to imagine quitting our day jobs to create day and night, Elizabeth insists a lack of financial security is one of the fastest ways to stunt creative thought. “Going into massive debt in order to become a creator can make a stress and a burden out of something that should only ever have been a joy and a release,” she writes.

I’m in the process of polishing the third draft of a novel and I’ve got to tell you – the thing intimidates the hell out of me. I’m forever questioning whether it’s plausible, interesting or important enough to be written and when the negative voices really rev up, it’s tempting to light the whole thing on fire and go back to watching Netflix. So it’s reassuring to know that Elizabeth, who has written one of the highest selling novels of all time, says these same fears plague her too – the difference between her and those who give up though, is that she acknowledges the fears then keeps going anyway. “Creativity is a path for the brave,” she writes. “You have treasures hidden within you … and bringing those treasures to light takes work and faith and focus and courage and hours of devotion…”

Persevering with a creative project is time consuming and energy-sapping but Elizabeth insists that you have to approach it with lightness and playfulness – not moaning and lamenting your lot. “First of all, it’s annoying,” she writes. “Second, of course it’s difficult to create things; if it wasn’t difficult, everyone would be doing it and it wouldn’t be special or interesting.”

So this year, join me in a brave adventure into unchartered creative waters. But first, get some Big Magic into you.